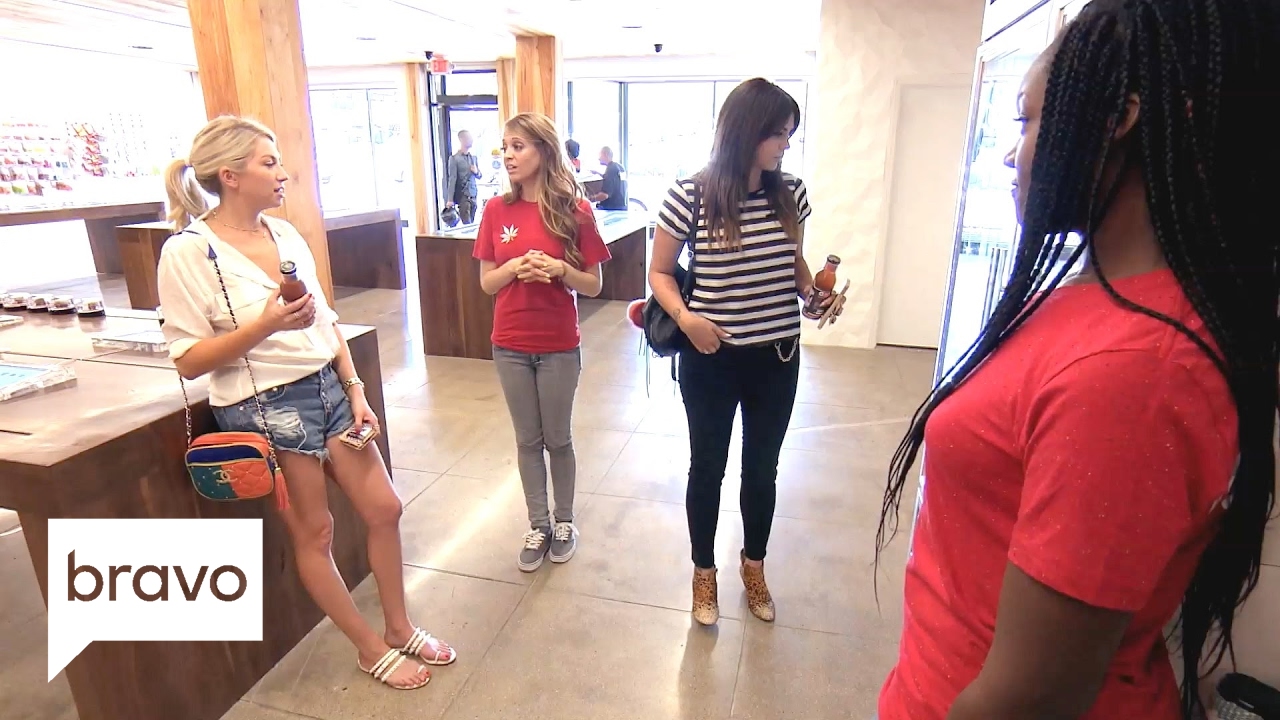 In an attempt to mellow out, Katie Maloney gets a medical marijuana card. Watch Vanderpump Rules, only on Bravo! #PumpRules
►►Subscribe to Bravo on YouTube: http://bravo.ly/Subscribe

Season 5 of Vanderpump Rules once again partners Lisa Vanderpump with Jax Taylor, Stassi Schroeder, Scheana Shay, Tom Sandoval, Ariana Madix, James Kennedy, Katie Maloney, Tom Schwartz, Kristen Doute, and Lala Kent. Amidst the constant chaos with her staff, Lisa manages to keep it classy as she balances her multiple restaurants, businesses, and philanthropic efforts. New to the SUR staff is Jax’s country-tough girlfriend, Brittany Cartwright, who must learn to live with a career playboy, gossip king, and notorious stretcher of the truth. Shortly after Brittany is hired, Jax spreads a scandalous rumor about her that threatens the best relationship he’s ever had. With two months to go before their big day, Tom Schwartz and Katie’s wedding planning is in full swing; they have even asked Lisa to officiate the ceremony. The two decide to throw a wild joint bachelor/bachelorette party in New Orleans—but the celebration threatens their relationship in ways they never expected, making everyone wonder if the two will keep it together long enough to make it down the aisle! Scheana attempts to manage her friendships within the Stassi/Katie/Kristen BFF triangle, and although Stassi’s officially made her way back into the SUR circle, she wonders if she will ever find love again. Back with a vengeance, Lala has never been one to shy away from vocalizing colorful opinions about her co-workers, and James continues to have an explosive temper, making the pair officially SUR’s biggest outcasts. On the flip side, Tom Sandoval and Ariana find themselves caught in the middle of a SUR war as they try to maintain their friendships with James and Lala before being forced to pick sides.

Bravo Media is the premiere lifestyle and entertainment brand that drives the cultural conversation around its high-quality, interactive original content that focuses on the network’s passion points of food, fashion, beauty, design, digital and pop culture. The network’s diversified slate includes Bravo’s first scripted series “Girlfriends’ Guide to Divorce,” scripted comedy “Odd Mom Out,” and unscripted favorites such as Emmy award-winning “Top Chef,” “Vanderpump Rules,” “Below Deck,” “Southern Charm” and the popular “Million Dollar Listing” and “The Real Housewives” franchises as well as the only live late-night talk show, “Watch What Happens Live.”