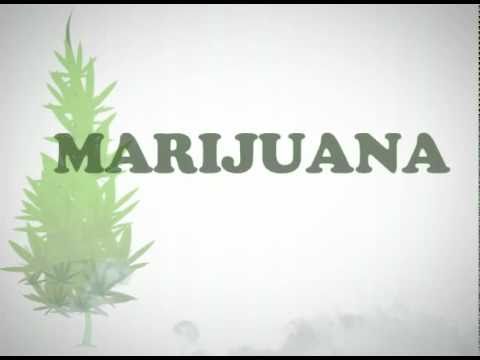 Made this in After effects cs5
2727 B.C., China begins using marijuana for Medicinal use.
1492, Christopher Columbus brings Marijuana Sativa to the new world.
1619, all settlers are required to grow Marijuana, for it is a high paying cash crop.
1795, Washington’s primary crop at mount Vernan is cannabis.
1809, the Queen of Turkey gives the U.S. Marijuana as a gift.
1880, Turkish smoking parlors open up all over the northeast.
1891, Queen Victoria prescribes Marijuana to relieve menstrual cramps.
1908, Henry Ford’s first Model T (his first car) is made with Hemp Plastic and runs on Hemp ethanol.
1937, Marijuana is banned in the U.S.
1942, the U.S. Military uses Marijuana as truth serum.
1965, 1 million Americans had smoked marijuana by now.
1972, 24 million.
1980’s, the Reagan administration begins it’s war on drugs.
1987, every 38 seconds someone was arrested for breaking the Marijuana Law.
1996, Proposition 215 passes in California, Medicinal Marijuana becomes legal.
Now, Marijuana is America’s NUMBER ONE cash crop, reeling in over $36 billion a year.

Incase you didn’t know, society has brainwashed all of you into thinking Marijuana is a drug, when it’s not. Yes, it alters you. No, it’s not a drug. Loratab, Xanax, Soma’s, Aspirin, Tylenol, those are drugs, and drugs can KILL you. If you take more then 10 Tylenol, you are a goner. If you take more then 5 loratab, your a dumbass AND a goner. Incase you havn’t noticed, Marijuana GROWS. Nothing is DONE to it. It simply grows, just like a tomato, and an apple. It grows. Have you ever heard of someone overdosing on it?
No?
I didn’t think so.
Let me, also, give you the scientific comparison of Marijuana to other things.
Marijuana compared to a beer:
One beer is equal to 35 grams smoked of Indica, or “Chronic” or “Funk” or “Kush” whatever you want to call it. 68 Grams of Sativa, or “regs” or “reggie” or “schwagg”.
You can go research that if you want too, because I have multiple times.
Marijuana is also, not addicting at all. People simply enjoy it and repeat it, but I myself have recently discovered that it’s not addicting. You see, I couldn’t leave for a while, and I was smoking pot EVERYday 3-6 times a day, sometimes more. I quit cold turkey. I plan to start again here soon though, no worries.
Anyways, enough about me, like I said, it’s not addicting. It’s more then 100 times healthier than a beer. It’s also a lot safer then popping pills, AND smoking cigarettes. Marijuana does nothing harmful to your body, it’s not like a cigarette. When you smoke it, nothing sticks to your lungs. I used to think that Resin did, but I researched it, and Resin, or the residue that marijuana smoke leaves behind, can’t stick to our lungs because of what they are made of. It’s not strong enough. Tar in cigarettes, however, is.
Marijuana isn’t a drug. If you think it is, you have successfully been brainwashed by the government, congratulations.